For use on the below models

BEFORE YOU BEGIN: Always work on a cool stove!

1) Note the placement of the cotter pins that hold the baffle to the middle secondary air pipe (this will be important when installing the new baffle). Using the pliers, straighten the pins and remove them.

2) The original baffle is now loose. Remove the damaged baffle from the firebox. Note: there may be fly ash and other debris on top of the baffle, use care when removing the damaged piece(s). Lift the back end of the baffle up so that the front edge of the baffle clears the front air pipe. It can now be pulled down between the first and second air pipes. Pull it completely out of the stove. Discard the used baffle.

4) Slide the back end of the new baffle up between the first and second air pipes, keeping the bracket on top of the baffle. Position it so that the front edge of the baffle sits flush against the front support. 5) Work the cotter pins down through the bracket, baffle, and middle air pipe – in the same location where they were removed from the original baffle. Once they drop through all three pieces, twist the ends with pliers to keep them in place. 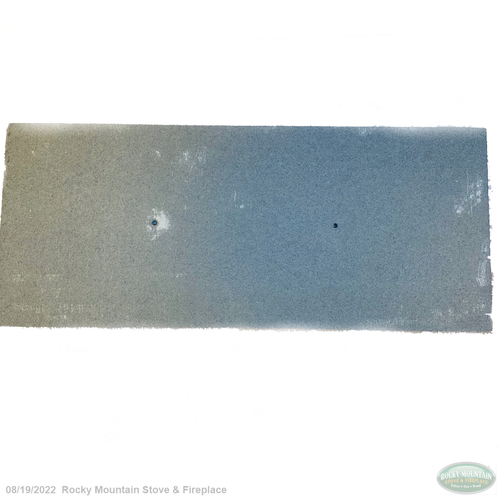